“Increasingly we feel that progress requires us to throw off the domination of big corporations, big government, the mass media, the powerful trade unions, the professonal monopolies (for example, in education, medicine and the law), the big money-dealers like banks and building societies – in fact, to liberate ourselves from excessive dependency on the whole complex of formal institutions which make up the over-developed, over-extended modern state.”

Beyond the Dependency Culture: People, Power and Responsibility in the 21st Century. James Robertson 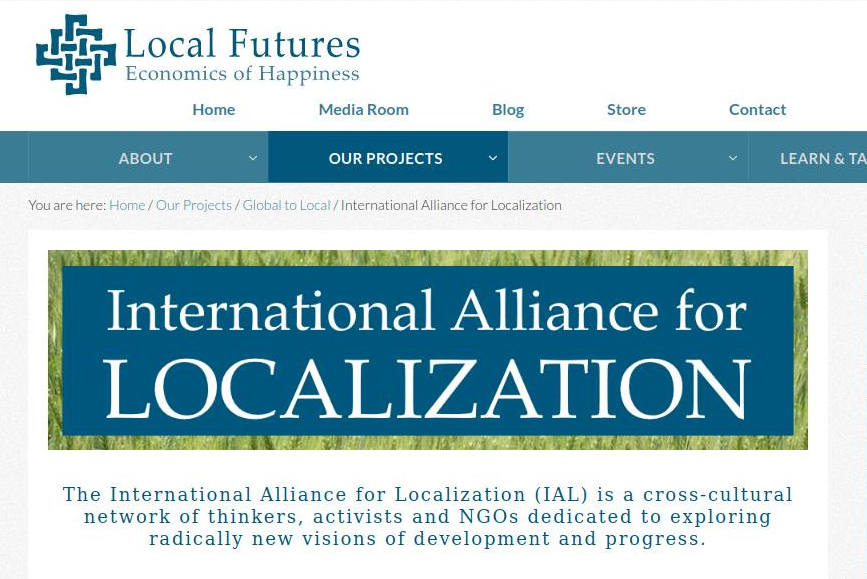 We resist further destruction of our communities and the natural world by mitigating the negative consequences of economic globalization. Actions of resistance include increasing “economic literacy” through public raising awareness, critical trade analysis and key protests.

Local Futures works to renew ecological, social, and spiritual well-being by promoting a systemic shift towards economic localization. A pioneer of the new economy movement, Local Futures has been raising awareness for four decades about the need to shift direction – away from dependence on global monopolies, and towards decentralized, […] 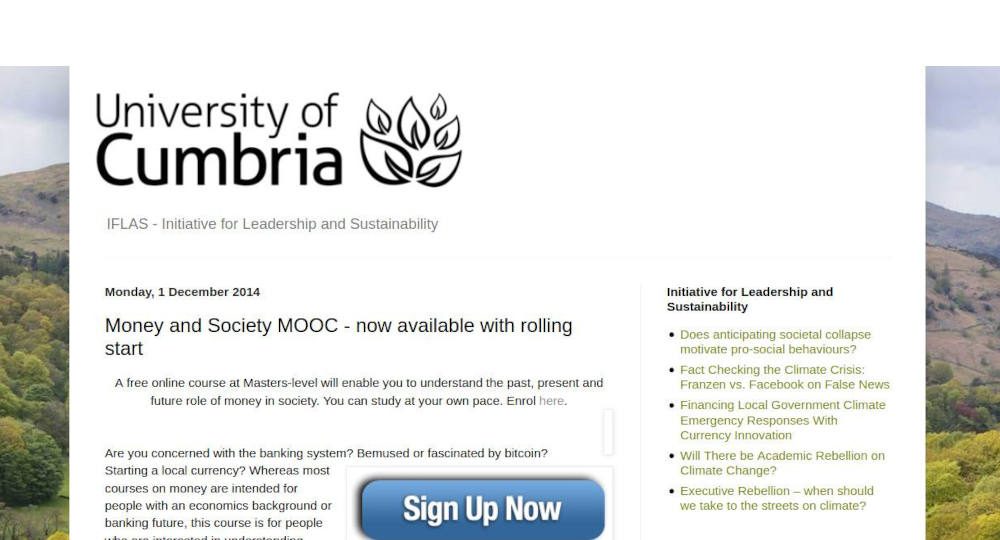 A free online course at Masters-level will enable you to understand the past, present and future role of money in society. 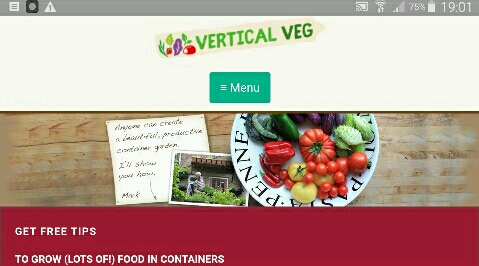 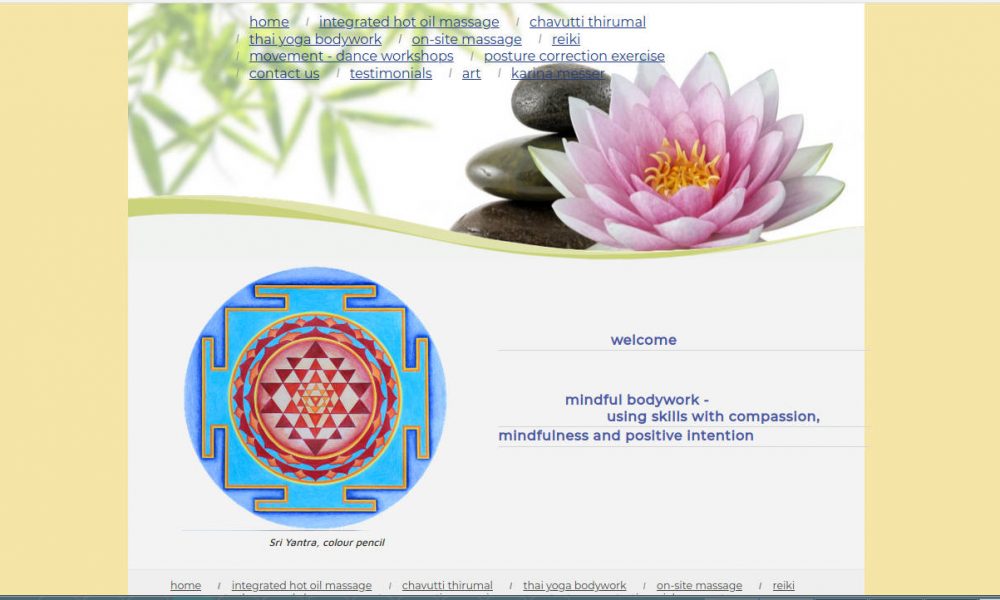 I love assisting the healing process on all levels, using my skills and intuition with compassion,  mindfulness and positive intention. I believe that much of the power of these healing arts would be lost if practiced in a mere mechanical way. I like to encourage the recipient to let go […] 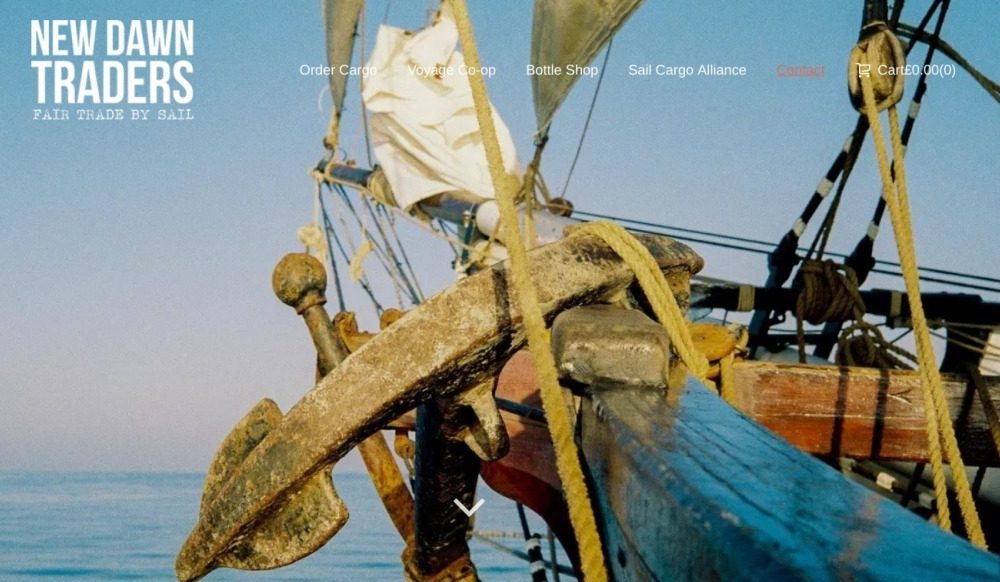 NEW DAWN TRADERS is an experimental business. We trade in wild ideas and delicacies, working with sailing cargo vessels to import fine produce from across the Atlantic Ocean and along European coastlines. We will soon launch the latest editions of New Dawn Rum, brought from the Caribbean aboard Fairtransport’s brigantine, […] 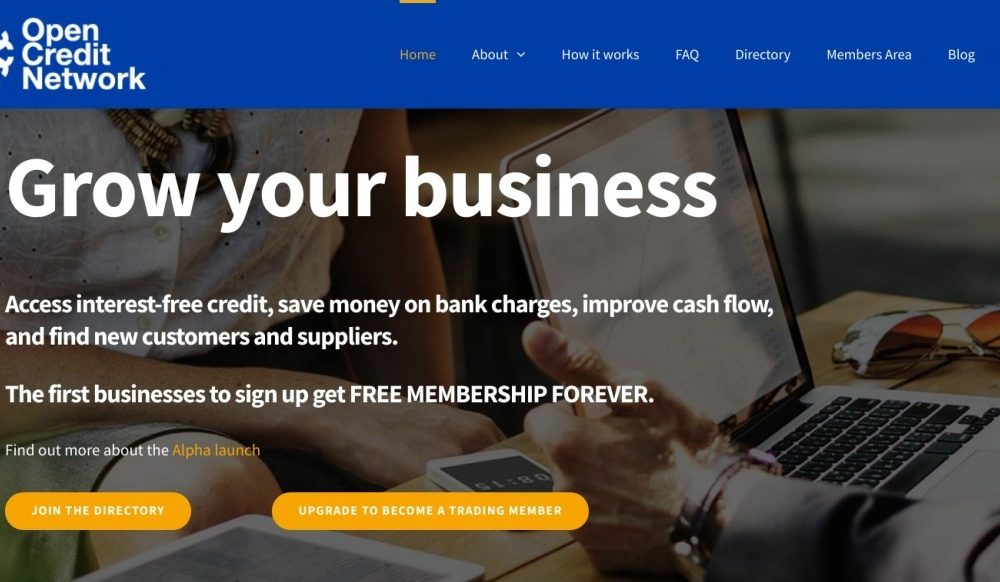 Become one of the first movers in a new, collaborative economy. Would you like to trade with trusted business partners in a world where credit is readily available, interest-free and benefits your business more than the banks? Now you can – by joining a new trading platform and becoming a […] 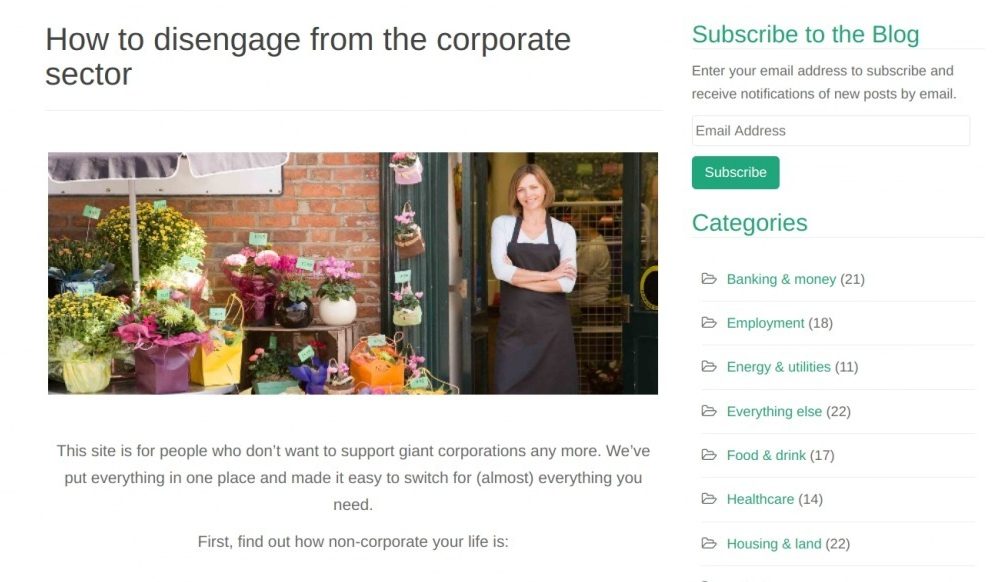 This is a site for people who don’t want to give their custom to the corporate sector any more. It can be very difficult and time-consuming to discover non-corporate sources, and then to work out how to switch – not to mention whether you can trust the organisations and businesses […] 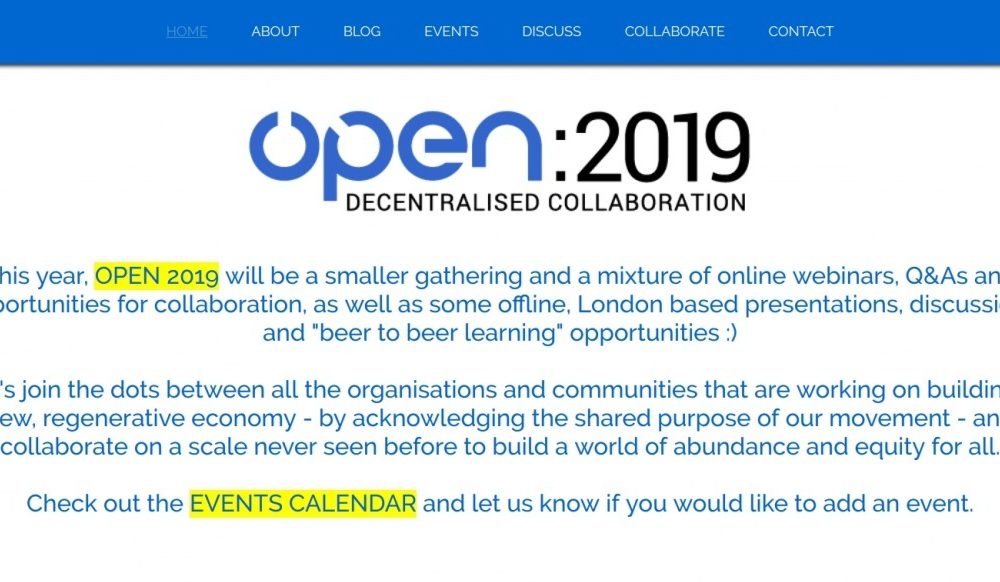 This year, OPEN 2019 will be a smaller gathering and a mixture of online webinars, Q&As and opportunities for collaboration, as well as some offline, London based presentations, discussions and “beer to beer learning” opportunities 🙂 Let’s join the dots between all the organisations and communities that are working on building […] 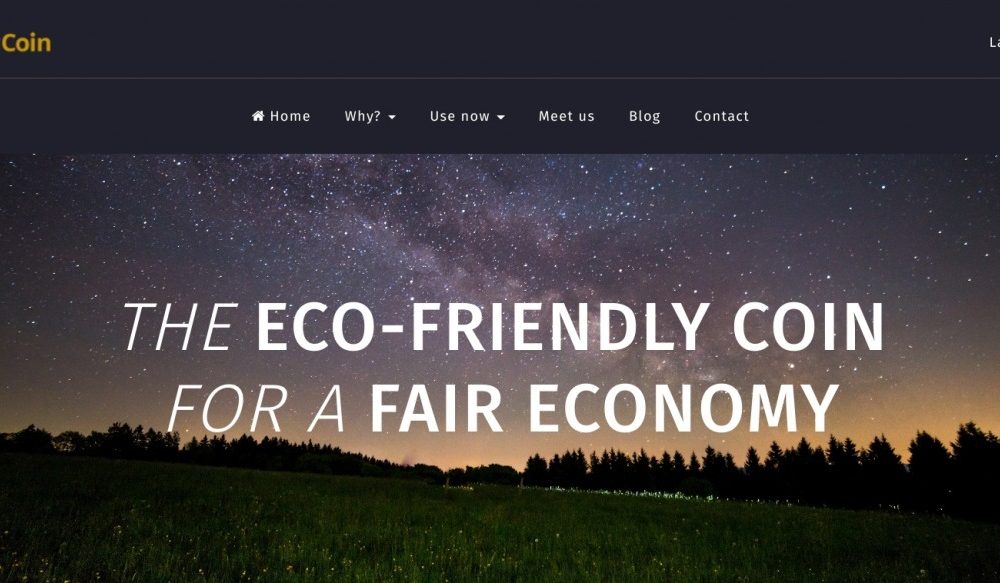 Our aim is to create an innovative glocal economic system from the bottom up in favor of an alternative and post-capitalist model, paving the way for a collective change towards a life based on values in common.


Warning: count(): Parameter must be an array or an object that implements Countable in /home/customer/www/cchub.net/public_html/wp-content/themes/sirius-pro/parts/frontpage-testimonials.php on line 35 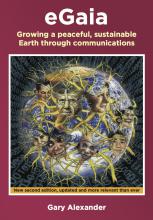 Gary’s vision is an unashamedly Utopian image, of humanity living in harmony with the planet and in harmony with itself – a genuinely peaceful, sustainable world based around co-operation and community through enhanced communication rather than conflict, competition and war. 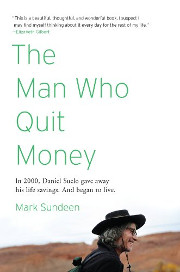 The Man who Quit Money

In 2000, Daniel Suelo left his life savings-all thirty dollars of it-in a phone booth. He has lived without money-and with a newfound sense of freedom and security-ever since.

The main themes of the book are a combination of detailed information about global environmental problems and world poverty, along with solutions to those problems rooted in the spiritual teachings of different traditions. The book includes extracts from over one hundred interviews, with spiritual leaders throughout India, undertaken by Chris Philpott in 2002. 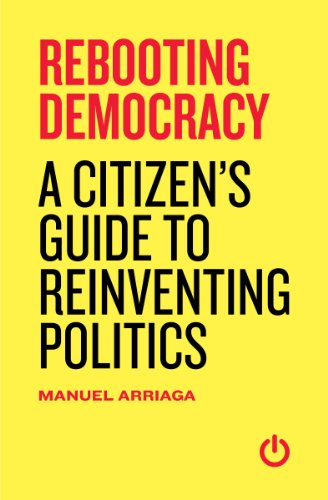 “No matter what our personal dissatisfactions are, the ultimate problem is the fact that our politicians—for a variety of reasons discussed in the next chapter—simply do not represent us. In a sense, most social, economic and environmental ills are merely symptoms of this disease” 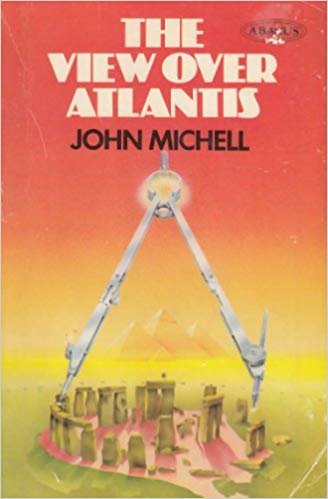 The View Over Atlantis

The View Over Atlantis, John Michell’s unrivaled introduction to megalithic science, earth mysteries, and the inner meaning of number and measure, was described by Colin Wilson as “one of the great seminal books of our generation?a book which will be argued about for decades to come.” Across much of the globe are ancient earthworks and stone monuments built for an unknown purpose. 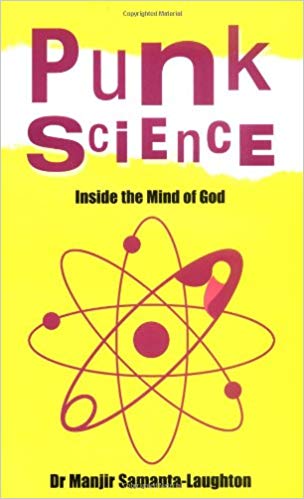 Punk Science: Inside the Mind of God

“Punk Science” demonstrates that ideas from the cutting-edge of science actually explain phenomena that have previously been thought of as “paranormal”. 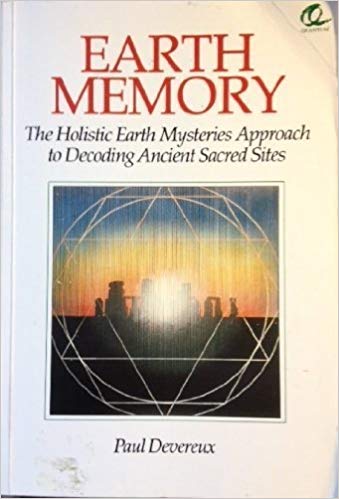 Ancient monuments are our memory banks. Ancient builders harnessed earth energies and perennial knowledge into the likes of the Great Pyramid and Stonehenge. Learn to decode the information locked in any ancient site of your choosing and experience the reality of Gaia — the living planet. 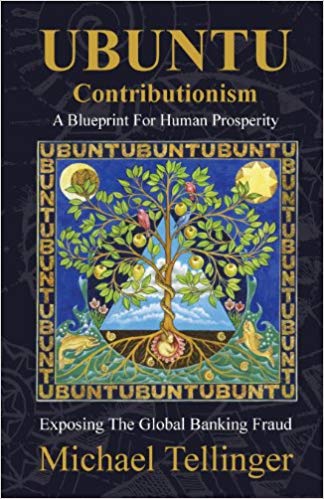 Michael Tellinger describes how the ancient African philosophy of UBUNTU will allow us to seamlessly move from a divided, money-driven society, to united communities driven by people, their passion for life and their God-given talents. 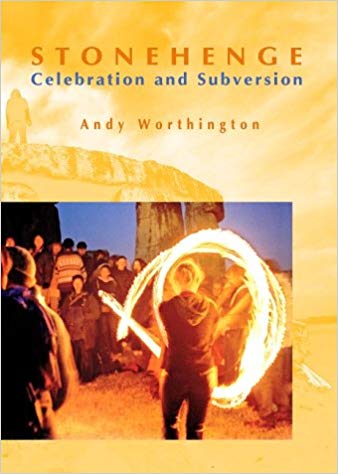 This innovative social history looks in detail at how the summer solstice celebrations at Stonehenge have brought together different aspects of British counter-culture to make the monument a living temple and an icon of alternative Britain. 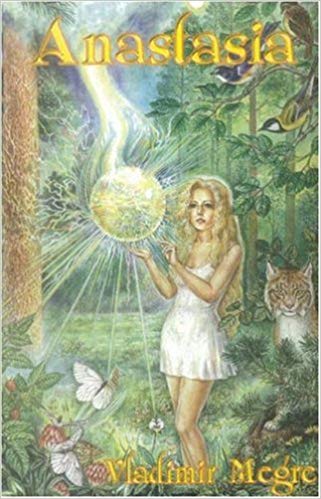 If you are interesting exploring the options to make the world a better place, meaning of life, beautiful truths of what it means to be human in the highest, fullest sense, this book and the Ringing Cedars series is probably the best literature you will come across.

“Human ingenuity may make various inventions…but it will never devise any inventions more beautiful, nor more simple, nor more to the purpose than Nature does; because in her inventions nothing is wanting and nothing is superfluous. “
—Leonardo da Vinci

“Look deep into nature, and then you will understand everything better.”
― Albert Einstein

“A human being is a part of the whole called by us universe, a part limited in time and space. He experiences himself, his thoughts and feeling as something separated from the rest, a kind of optical delusion of his consciousness. This delusion is a kind of prison for us, restricting us to our personal desires and to affection for a few persons nearest to us. Our task must be to free ourselves from this prison by widening our circle of compassion to embrace all living creatures and the whole of nature in its beauty.”
― Albert Einstein

“The body’s structure is a mirror of our psyche, a denser expression of the energetic patterns of our soul. Body and soul somehow partake of the same design. But in what way can a mathematical ratio permeate our souls? Through beauty. A deep part of ourselves recognizes in flowers and dancers the beauty of the mathematical infinite and sees in it the endlessness of our own depths. Natural beauty resonates with the archetypal nature within us.”
— Michael S. Schneider. A Beginner’s Guide to Constructing the Universe

“Our duty, as men and women, is to proceed as if limits to our ability did not exist. We are collaborators in creation.”
― Pierre Teilhard de Chardin

“What we now want most is closer contact and better understanding between individuals and communities all over the earth and the elimination of that fanatic devotion to exalted ideals of national egoism and pride, which is always prone to plunge the world into primeval barbarism and strife.”
― Nikola Tesla

“If we really wish to put an end to our ongoing international and social problems we must eventually declare Earth and all of its resources as the common heritage of all the world’s people. “
― Jacque Fresco